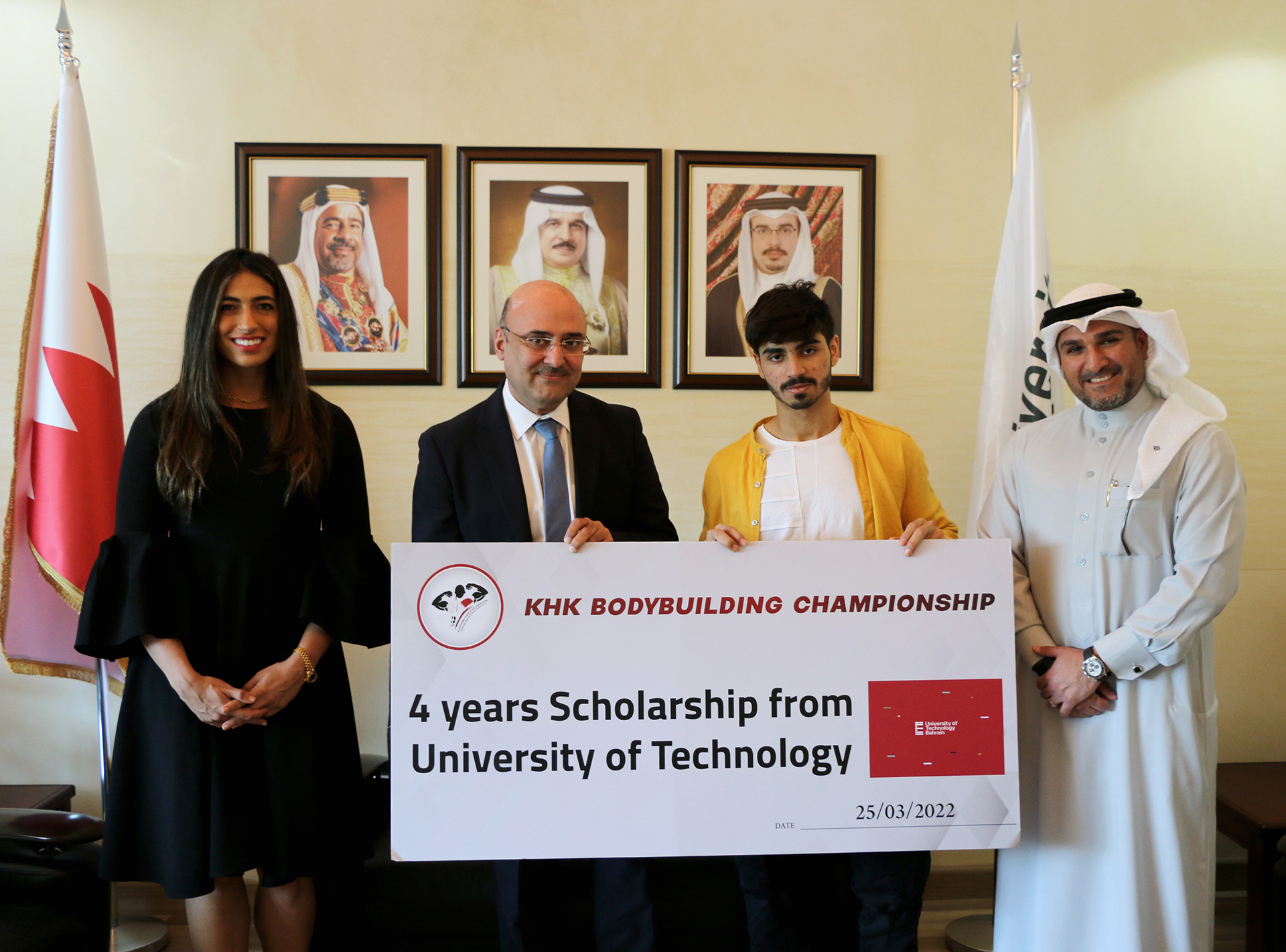 The university, represented by the President, Dr. Hasan Almulla, awarded the golden sponsorship – 4 years scholarship in any programme of choice, to the winner of His Highness Sheikh Khalid bin Hamad bodybuilding championship.

The competition was honoured by the presence of His Highness Sheikh Khalid bin Hamad Al Khalifa, First Deputy Chairman of the Supreme Council for Youth and Sports, President of the General Sports Authority and President of Bahrain Olympic Committee, and a number of officials and spectators.

Such initiative confirms the university’s efforts of strengthening community collaborations with civic institutions, supporting sports organisations to promote the impact of sports in the lives of individuals, and performing social responsibilities through quality teaching, research, and community engagement.